The Sundarbans covers 10,000 km2 of land and water (more than half of it in India, the rest in Bangladesh) in the Ganges delta. It contains the world’s largest area of mangrove forests. A number of rare or endangered species live in the park, including tigers, aquatic mammals, birds and reptiles.

The Sundarbans contain the world’s largest mangrove forests and one of the most biologically productive of all natural ecosystems. Located at the mouth of the Ganges and Brahmaputra Rivers between India and Bangladesh, its forest and waterways support a wide range of’ fauna including a number of species threatened with extinction. The mangrove habitat supports the single largest population of tigers in the world which have adapted to an almost amphibious life, being capable of swimming for long distances and feeding on fish, crab and water monitor lizards. They are also renowned for being “man-eaters”, most probably due to their relatively high frequency of encounters with local people. 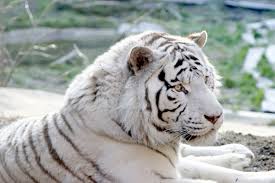 The islands are also of great economic importance as a storm barrier, shore stabiliser, nutrient and sediment trap, a source of timber and natural resources, and support a wide variety of aquatic, benthic and terrestrial organisms. They are an excellent example of the ecological processes of monsoon rain flooding, delta formation, tidal influence and plant colonisation. Covering 133,010 ha, the area is estimated to comprise about 55% forest land and 45% wetlands in the form of tidal rivers, creeks, canals and vast estuarine mouths of the river. About 66% of the entire mangrove forest area is estimated to occur in Bangladesh, with the remaining 34% in India.

Criterion (ix): The Sundarbans is the largest area of mangrove forest in the world and the only one that is inhabited by the tiger. The land area in the Sundarbans is constantly being changed, moulded and shaped by the action of the tides, with erosion processes more prominent along estuaries and deposition processes along the banks of inner estuarine waterways influenced by the accelerated discharge of silt from sea water. Its role as a wetland nursery for marine organisms and as a climatic buffer against cyclones is a unique natural process.

Criterion (x): The mangrove ecosystem of the Sundarbans is considered to be unique because of its immensely rich mangrove flora and mangrove-associated fauna. Some 78 species of mangroves have been recorded in the area making it the richest mangrove forest in the world. It is also unique as the mangroves are not only dominant as fringing mangroves along the creeks and backwaters, but also grow along the sides of rivers in muddy as well as in flat, sandy areas.

The Sundarbans support a wealth of animal species including the single largest population of tiger and a number of other threatened aquatic mammals such as the Irrawaddy and Ganges River dolphins. The site also contains an exceptional number of threatened reptiles including the king cobra and significant populations of the endemic river terrapin which was once believed to be extinct. The property provides nesting grounds for marine turtles including the olive riley, green and hawksbill. Two of the four species of highly primitive horseshoe crab (Tachypleus gigas and Carcinoscorpius rotundicauda) are found here. The Sajnakhali area, listed as an Important Bird Area, contains a wealth of waterfowl and is of high importance for migratory birds.

The property is situated within a larger UNESCO Biosphere Reserve that was designated in November, 2001. It is well protected and largely undisturbed as it is surrounded by three wildlife sanctuaries which act as a buffer zone, as recommended in the original 1987 evaluation report. However, the salinity of the Indian Sundarbans, largely due to the eastward shift of the mouth of the Ganges, is being influenced by upstream diversion of up to 40% of the dry season flow of the Ganges, the repercussions of which are not clearly understood. Oil spills are a potential threat which cause immense damage, especially to aquatic fauna and seabirds and probably also to the forest itself into which oil could be carried by high tides. An average of 45 people were killed annually by tigers from 1975-1982. This has caused certain conflicts with local people who use the adjacent Tiger Reserve for collection of honey and firewood and for fishing.

The legal protection provided to the property is adequate. The Indian Forest Act, 1927 with its amendments, Forest Conservation Act 1980, Wildlife Protection Act, 1972 and Environment Protection Act 1986 are being effectively implemented, with rules and regulation regarding environmental pollution strictly enforced. The existing laws are sufficiently strict in respect to the protection and conservation of the property.

The property is currently in a good state of conservation with regular maintenance undertaken according to a set maintenance schedule. There is an approved Management Plan of the property.

With the existing infrastructure, the Forest Department is making its best efforts, although there is a need to maintain and enhance the level of financial and human resources to effectively manage the property. This includes an ecosystem approach that integrates the management of the existing protected areas with other key activities occurring in the property, including fisheries and tourism. There is a need to develop alternate livelihood options for the local population to eliminate the dependence of people on the Sundarbans ecosystem for sustenance. Maintenance of participatory approaches in planning and management of the property is needed to reinforce the support and commitment from local communities and NGOs to the conservation and management of the property. Research and monitoring activities also require adequate resources

The site lies south-east of Calcutta in the District of West Bengal and forms part of the Gangetic Delta, which borders on the Bay of Bengal. The Sundarbans, covering some 10,000 km2 of mangrove forest and water, is part of the world’s largest delta formed from sediments deposited by three great rivers, the Ganges, Brahmaputra and Meghna, which converge on the Bengal Basin.

The whole Sundarbans area is intersected by an intricate network of interconnecting waterways, of which the larger channels are often a kilometre or two in width and run in a north-south direction. These waterways now carry little freshwater as they are mostly cut off from the Ganges, the outflow of which has shifted from the Hooghly-Bhagirathi channels progressively eastwards since the 17th century. This is due to subsidence of the Bengal Basin and a gradual eastward tilting of the overlying crust. In the Indian Sundarbans, the western portion receives some freshwater through the Bhagirathi-Hooghly river system but that portion designated as the tiger reserve is essentially land-locked, its rivers having become almost completely cut off from the main freshwater sources over the last 600 years. Thus, waterways in the tiger reserve are maintained largely by the diurnal tidal flow, the average rise and fall being about 2.15 m on the coast and up to 5.68 m on Sagar Island.

The land is constantly being changed, moulded and shaped by the action of the tides, with erosion processes more prominent along estuaries and deposition processes along the banks of inner estuarine waterways influenced by the accelerated discharge of silt from seawater. About half of the Sundarbans is under water and the rest of the landscape is characterized by low-lying alluvial islands and mudbanks, with sandy beaches and dunes along the coast.

The entire mangrove forest extends over an area of 4,262 km2 , of which 2,320 km2 is forest and the rest is water, and is called Sundarban owing to the dominance of the tree species Heritiera fomes , locally known as ‘sundari’. This marsh vegetation consists of elements of the Malayan Peninsular and Polynesian regions, together with some Indo-Chinese, Ethiopian and a few of the New World. It is not found elsewhere except in a small part of the Mahanadi and Godaveri deltas to the south-west and the Bay Islands.

The Sundarbans is the only remaining habitat in the lower Bengal Basin for a great variety of faunal species. Some of this variety, however, has already been lost owing to the reclamation of the broad transitional belt of habitat for agriculture, combined with the higher salinity resulting partly from the large-scale irrigation schemes in the upper reaches of the Ganges. Species include the Javan rhinoceros and water buffalo, swamp deer and Indian muntjac. Similarly, gharial and narrow-headed softshell turtle became locally extinct within the last 100 years. The tiger population is the largest in India. High population density, relative to the availability of prey, and the relatively high frequency of encounters with local people is probably largely responsible for the notorious man-eating habits of the Sundarbans tiger. The only ungulates are wild boar, main prey species of the tiger, and spotted deer, which is plentiful and often seen in association with rhesus macaque. Aquatic mammals that frequent the tidal waters include the Ganges dolphin, Indo-Pacific humpbacked dolphin, Irrawaddy dolphin and finless porpoise

Baghmara Forest Block contains the ruins of a city built by the Chaand Sandagar merchant community in approximately AD 200-300. Much later, during the Moghul Empire, Raja Basand Rai and his nephew took refuge in the Sundarbans from the advancing armies of Emperor Akbar. The buildings they erected subsequently fell to Portuguese pirates, salt smugglers and dacoits in the 17th century.