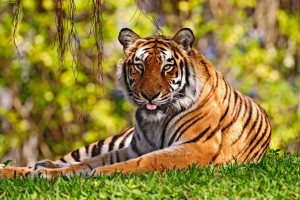 Delhi is a city that bridges two different worlds. Old Delhi, once the capital of Islamic India, is a labyrinth of narrow lanes lined with crumbling havelis and formidable mosques. In contrast, the imperial city of New Delhi created by the British Raj is composed of spacious, tree-lined avenues and imposing government buildings. Delhi has been the seat of power for several rulers and many empires for about a millennium. Many a times the city was built, destroyed and then rebuilt here. Interestingly, a number of Delhi’s rulers played a dual role, first as destroyers and then as creators.

Humayun’s Tomb was the first Persian architecture building with surrounding gardens to come up during the Mughal era and marked the beginning of building large exquisite tombs for the erstwhile emperors. This gave birth to Indo-Islamic architecture which is dominant in the architecture of the Mughal era. Humayun’s tomb was build in the center of fours parts of a quadrilateral garden known as the Char Bagh Garden – it was the largest garden in Asia at the time covering an area of 30 acres. The tomb was declared a UNESCO World Heritage Site in 1993

Qutub Minar a UNESCO World Heritage Site is the tallest minaret in India. Construction of Qutub Minar was started in 1192 by Qutub-ud-din Aibak, his successor Iltutmush added 3 more sections and Firoz Shah Tughlak added two more sections in 1368. The 72.5 meter tall minaret is built of red sandstone and marble, this victory tower was used as a watch tower. Qutub Minar was repaired by Firoz Shah Tughluq (Late 1300s) and Sikandar Lodi ( early 1500s). Qutub Minar was built on the ruins of Lal Kot or the Red Fortress, in the then city of Dillika – the capital of the last Hindu Rulers Tomars and Chauhans of Delhi. The 7 meter tall Iron Pillar in the Qutub Complex is an alloy made of many metals and has Sanskrit inscriptions in Brahmi script dating back to the 4th Century.

Lotus Temple also called Bahai Temple. This distinctive lotus shaped marvel in marble is surrounded by a landscaped garden and is a symbol of peace. Similar in style to the Sydney opera house is this white marble and concrete structure in the shape of a lotus flower. This is the Asian headquarters of the Bahai faith (Closed on Mondays).

India Gate war memorial dedicated to the lives of laid down by the Indian soldiers. Then pas thru the president’s residence – Formerly the Viceroy’s Palace, parliament House and the Secretariat buildings, – an interesting blend of the Victorian and 20th century architecture.

Raj Ghat Set in the midst of deep green lawns, Rajghat is the place where Mahatma Gandhi was cremated. A memorial to the father of the nation, Rajghat is a simple square platform with a black memorial stone with “Hey Ram” inscribed on it.

Jama Masjid (Mosque) – This great mosque of Old Delhi is the largest in India, with a courtyard capable of holding 25,000 devotees. It was begun in 1644 and ended up being the final architectural extravagance of Shah Jahan, the Mughal emperor.

The Kanha National Park spreads over 1,945 sq.km of dense sal forests, interspersed with extensive meadows and trees and clumps of wild bamboo. This is where you can spot the tiger in all his magnificence or feast your eyes on the rare Barasingha Deer amidst extensive grasslands.

The Kanha National Park in Madhya Pradesh came into being in 1955 and forms the core of the Kanha Tiger Reserve, created in 1974 under Project Tiger. The Park’s landmark achievement is the preservation of the rare hard ground Swamp Deer (Barasingha), saving it from near extinction. Stringent conservation programs for the overall protection of the Park’s fauna and flora, makes Kanha one of the most well maintained National Parks in Asia.

A heightened attraction within the Park is Bamni Dadar, popularly known as Sunset Point that offers the most awe-inspiring backdrop of the sunset against grazing Sambhars and Gaurs, magnifying the natural splendor of the area. Aside from its diverse wildlife and bird population, the frequent sightings of Tigers roaming in the wild at Kanha Wildlife Sanctuary remain the most popular draw.

Upon arrival at Kanha, check in at hotel.

Kanha boasts of about 22 species of mammals. Some of the inhabitants of this park are the gaur, the largest of the world’s cattle; the sambar, the largest Indian deer; and the chausingha, the only four-horned antelope in the world. Other frequent visitors include the Nilgai antelope, the sloth bear, the dhole, or Indian wild dog, and an occasional panther. Some 200 species of birds inhabit the park that includes the cattle egret, black ibis, hawk eagle, crested serpent eagle and various water fowl.

Shravantal is an old tank in the central Kanha meadows, which happens to be an important watering hole, for a large number of waterfowl in winter. Bamni Dadar, or Sunset Point, is the most beautiful section of the park, and the view of the sunset from this spot is absolutely mesmerizing. The place is a regular haunt of the sambar, gaur, the four-horned antelope and the barking deer.

Enjoy morning and afternoon Jeep Safari. The park forms the core of the Kanha Tiger Reserve created in 1974, under Project Tiger. It is one of the most well maintained National Parks in Asia, and a major attraction for avid wildlife buffs all over the world. Two major rivers, Halon and Banjar, flow through the park.

Overnight stay at the Hotel.

Morning you will be transferred to Bandhavgarh (208 Kms- Approx 5 Hours).

Bandavgarh is a small National Park; compact, yet full of game. The density of the tiger population at Bandhavgarh is the highest known in India. Covering 448 sq km, Bandhavgarh is situated in outlying hills of the Vindhya range. Bandhavgarh National Park consists of mixed vegetations ranging from tall grasslands to thick Sal forest and so is the perfect habitat of variety of animals and birds. Due to varied topography, the Bandhavgarh national park provides ample opportunity to spot the majestic Indian tiger and some rarely seen animals like leopard and sloth bear. (Morning and afternoon shifts remain close on Holi festival in the month of March)

Upon arrival at Bandhavgarh, check in at hotel.

Enjoy morning and afternoon Jeep Safari. Bandhavgarh is densely populated with other species: the great gaur, or Indian bison, can be seen with ease, as they come onto the meadows to graze at dusk; sambar and barking deer are a common sight and Nilgai are to be seen in the more open areas of the park. The finest of these hills is Bandhavgarh, sided with great cliffs and eroded rocks and on its highest point stands Bandhavgarh fort, thought to be some 2,000 years old. Scattered throughout the park, and particularly around the fort, are numerous caves containing shrines and ancient Sankrit inscriptions. The vegetation is chiefly of sal forest in the valleys and on the lower slopes, gradually changing to mixed deciduous forest on the hills and in the hotter, drier areas of the park in the south and west. Bamboo is found throughout. (Afternoon Jeep Safari closed on every Wednesday)

Later you will be transferred to Jabalpur railway station (168 Kms- Approx 3.30 Hours) to connect your overnight train to Sawai Madhopur.

Overnight in the Train.

Morning upon arrival at Sawai Madhopur railway station you will be assisted and transferred to hotel.

Ranthambore National Park is one of the finest tiger reserves in the country Park’s abandoned fortress, lakes and above all its `friendly’ tigers have made it one of the most filmed wildlife reserves in the world. Ranthambore was declared a wildlife sanctuary in 1955 and became part of Project Tiger in 1973. Ranthambore National park is famous for its tigers and is one of the best places in the country to see these majestic predators in the wild. The tigers can be easily spotted even during the day. A good time to visit between November and May when the nature of the dry deciduous forests makes sightings common. The Park, which covers an area of nearly 400 sq. km. and is set between the Aravali and Vindhya ranges. Its deciduous forests were once a part of the magnificent jungles of Central India. Enjoy afternoon Safari at the Park.

Enjoy morning and afternoon Safari. Ranthambore is one of the finest tiger reserves in the country under the Project Tiger scheme. It covers an area of 410 sq km running from the easternmost spur of the Aravallis to the Vindhya Range. Ranthambhore is a dry deciduous forest replete with several lakes rivulets and a magnificent ancient fort overlooking the park. The wildlife that one can see here are a large variety of birds, including an impressive number of waterfowl and birds of prey. The water bodies are home to marsh muggers, turtles and pythons. The park also has an abundant population of Sambhar and Cheetal as well as Nilgai. The more rare sightings are the leopard, sloth bear and the majestic tiger.

Morning you will assisted and transferred to railway station to connect your train for Delhi.

Upon arrival at Delhi railway station you will be transferred to international airport to connect your flight for onward destination.